A downloadable game for Windows and macOS

You will need a controller to play this game (ideally XBOX 360). Controls are viewable in the game's Pause Menu. Any and all feedback is appreciated!

Fortitude is a two-dimensional open world space exploration game set within a Solar System in the far reaches of unknown space. You and your Rocket are dropped off by an interstellar transport vessel, and your objective is simple; to find evidence of intelligent extraterrestrial life.

You are in uncharted waters, with limited sensors and no real idea of what you might discover. Whether good or bad, there could be literally anything waiting for you in the darkness of space, not to mention the numerous known natural hazards that will kill you faster than you can react.

You have limited fuel, no shields and most importantly, no backup. Your slim but only chance of survival is to venture out into the mystery of the unknown and discover something truly spectacular in the deepest depths of space. Only then may salvation come.

Would love to try this one, but how do I play?

I just see the start menu, but clicking on the play button with my mouse does nothing. Bashing all keyboard buttons do nothing either.

Hi there,
You will need a controller to play this game, ideally an XBOX 360 one. It isn't playable via keyboard at this time.

I have been lucky enough to play this game through alpha stages to its current release and I have been impressed the whole time.

Let me start off by saying this game is HARD. It does not hold your hand, it does not provide easy reload points, it does not take prisoners. You will die a lot when you first start playing and this may frustrate you but trust me keep going.

The controls and movement of the ship is physics based, if you have played physics based space games such as kerbal space programme or space engineers then you will be familiar with velocity and gravity and slingshotting around planets, all of this you will need. This technical nature of the gameplay is potentially the only criticism I can think of, although the fear of crashing for the 3rd time on the same planet adds to the tension.

The part this game excels at is its atmosphere. You will explore abandoned planets and desolate moons and you will feel utterly isolated in its solar system. From caves to frozen seas there is always the feeling of something lurking around the corner. It will have you freaking out and flying away from planets as fast as you can. This atmosphere and the feeling this gives you is by far its best quality, it really is great.

The story plays on this atmosphere very well and although short, has an ending that satisfied me. The length of this game is short but you will NOT do it in your first attempt, or in all honesty probably not your 5th or  6th attempt. This is due to the difficulty to learn of the mechanics. The story and the atmosphere will keep you going and as you learn them they become amazingly satisfying so do not give up.

To sum up, this game really put me on edge and terrified me at points, from the fear of the unknown depths of that frozen sea or the fear that I'm going to crash land and have to restart, fear and the way it makes you feel are the high points. The gameplay is definitely hard to master but when you perfectly land on an abandoned moon and exit that ship ready to explore, you will feel like a badass. 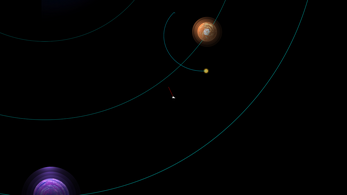 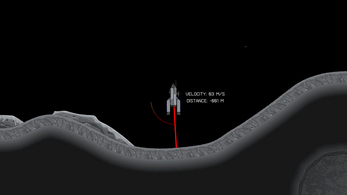